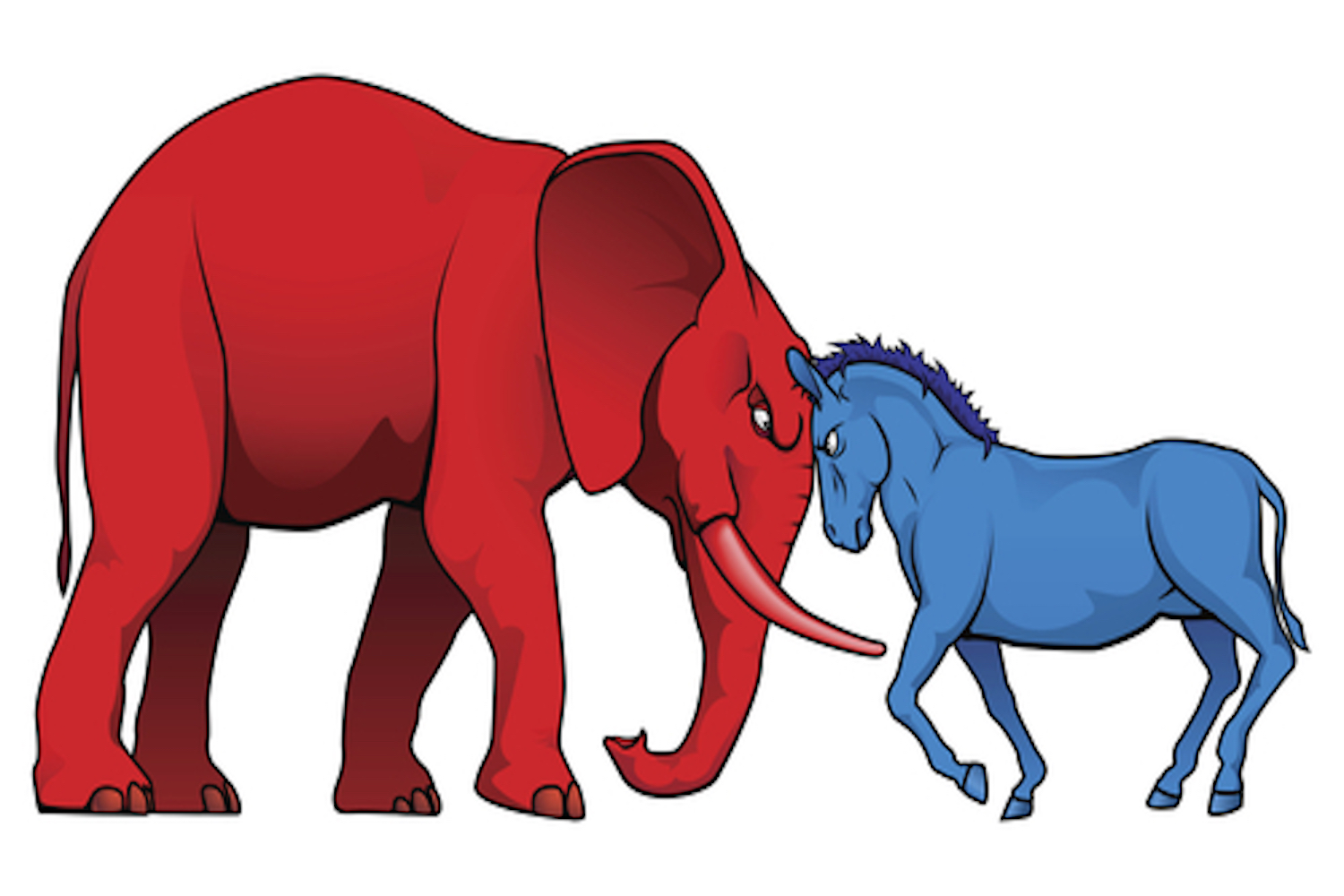 The Hypocrisy of the Left

On September 26th we watched the first presidential debate of 2016.  We all had low expectations for this performance as it seems that Hillary is hell bent on attacking Mr. Trump while he continues to speak in generalities.

I do not pretend to think that Mr. Trump is 100% accurate in all he says.  He makes mistakes while speaking, generally because of his penchant to generalize topics.  For example, he said he was endorsed by ICE last night.  In reality he was endorsed by the National Immigration and Customs Enforcement Council, a union representing 5,000 immigration officers, in a landslide vote with 95% of members behind Mr. Trump. His campaign announced the backing Monday morning, noting it was the first time the group had endorsed a presidential candidate. The left will say he mislead on purpose, however it took me 3.2 seconds (according to Google) to find the differentiation. I’m sure it was another one of Mr. Trump’s generalizations.

However, I digress.  What upset my family early on, so much that my wife walked away in disgust and chose to iron clothes, was Mrs. Clinton’s Hammer & Sickle statements.  The first one that came flying out of her mouth that got me riled was, “I also want to see more companies to profit sharing. If you help create the profits you should be able to share in them, not just the executives at the top.”

Really?  Mrs. Clinton is going to put in regulations that require business owners share profits with employees?  Does this mean that those same employees will write a check if there are business losses?  Do those same employees have to write a check now to work for the company, to be vested in the profits?  Does she think dismissing the risk and fortune each business owner has put into building his or her business can be so easily disregarded and distributed at the government’s will?  Sadly, her and the rest of the left believe this; I grew up learning that this was the tenants of Communism and Socialism, not the Democratic Republic we live in.

She follows this up with a statement about taxes: “How are we going to do it? We’re going to do it by having the wealthy pay their fair share.”  What is “Fair Share”?  Who determines this amazingly general statement about someone else’s hard earned money?  What does the left do with that “Fair Share”?  Well as was pointed out last night, we sent 1.6 Billion dollars in foreign cash to Iran, is that what they do with our hard earned money?  We pay for immigrants to come to our country and give them more money than we give some social security recipients or veterans!  There is a lot of government waste, we’ve all heard of it; these are the same people who determine “Fair Share”.

However, the statement that Mrs. Clinton made last night that disgusted me the most had to do with Mr. Trumps tax returns,

“If you have paid zero, that means zero for troops, zero for vets, zero for schools or health. And I think probably he is not all that enthusiastic about having the rest of our country see what the real reasons are because it must be something really important, even terrible, that he is trying to hide. In the financial disclosure statements, they don’t give your tax rate. They don’t give you all the details the tax returns would. And it just seems to me that this is something that the American people deserve to see. And I have no reason to believe that he is ever going to release his tax returns because there is something he is hiding. And we will guess — we’ll keep guessing at what it might be that he is hiding. But I think the question is were he ever to get near the White House, what would be those conflicts? Who does he owe money to? Well, he owes you the answers to that. And he should provide them.”

Taxes are an amazingly complex thing.  We can thank the government for that complexity, which I believe they created to confuse the general public.  Here are some facts about taxes that Mrs. Clinton does not seem to understand. First, taxes do not identify assets and debt.  They may show a deduction for interest paid on a mortgage or other valid deductions, but they do not show the detailed debt.  They do show the net federal and state taxes paid along with social security and Medicare, however that is all.  The Clinton’s identify their income sources because they are wholly owned by them, so they file those schedules on the long form; I seriously doubt Mr. Trump files taxes in this manner.  I would suspect based on the fact that The Trump Organization is over 90 years old and has over 500 subsidiaries that the tax return for Mr. Trump is actually pretty extensive and complicated; and could never be analyzed or understood by the general public.  To generalize, each entity would file a return that likely files a connecting document that finally winds up on Mr. Trumps personal tax return.  In the course of those 500 returns, each entity collects remits and matches taxes for employees which are used to fund everything that Mrs. Clinton says Mr. Trump paid zero into.  However, Mr. Trump’s organizations create thousands of jobs that create millions of dollars in collected taxes for the US Government; Mrs. Clinton just does not understand this nor does she want the public to understand it.

What I would challenge anyone to do is actually look at the Clinton tax returns and notice the absence of assets and debt.  Notice the amount they donate to their own foundation, which by the way I hear actually does some good work, but has in itself created the same questions Mrs. Clinton asked above about Mr. Trump (substituting “she” for “he”):  “because there is something she is hiding. And we will guess — we’ll keep guessing at what it might be that she is hiding. But I think the question is were she ever to get near the White House, what would be those conflicts? Who does she owe money to? Well, she owes you the answers to that.”  What I see is a couple who has benefited by being in public office.  A couple that is privileged.  And also a couple that is working the system quite well themselves. Most notably to me is that there is very little expense for the amazingly large staff the both people have.  I look at the tax returns and noticed very little paid out to wage and benefits for employees; who is actually paying for that?  It’s obvious that both Clinton’s benefit from these hard working people so is it fair to say they have built their businesses on the back of the little guys, too?  And what about those donors to the foundation that gained access Mrs. Clinton, what is owed to them?

What upsets me most is the hypocrisy.  We all know that if you donate enough to a candidate that you can get access to things other people cannot; this is how the world works.  Is it right, I alone will not say, but it is how politics works.  We know Mrs. Clinton visited with people who donated large sums of money to her foundation; it’s not the access that scares me, it’s the result of the access. I know for certain that I have gained access to a politician to have my voice heard, because I did something for them, but I got nothing past an objective ear in doing so.  Did my opinion on issues sway decisions, sometimes yes and sometimes no; I like to think my opinion is that important, but I received no financial gain, ever!  What I find hypocritical is that a high majority of the time a Clinton Foundation donator got access they were rewarded with something; that is beyond being granted an objective ear.

These things happen regardless of political party.  I just wish people would open their eyes, pick up a book or get online and do some basic research.  The media is biased, period.  They format questions and commentary to drive a particular narrative they want the general public to accept.  They use visualization to support that commentary because it reinforces the message and the majority of us fall for it.  In 2016 an overwhelming majority of the media is helping Mrs. Clinton.

Wake up America!  Pay attention!  Tax returns and sound bites will not tell you if Mr. Trump will be a good President or if he is a good person.  Perseverance and the building of an organization that is over 90 years old and has amassed over 500 subsidiaries with less than one percent failing, that says something.  Having these organizations to which most are joint ventures with other people all over the United States and World, says something.  Looking at where Mr. Trump makes his investments in both real estate and other holdings, says something.  Stop looking for the 1-5% negatives and start looking at the 95-99% positives, and I think perspective changes and reality will identify for us the true nature of the people we have to choose from.