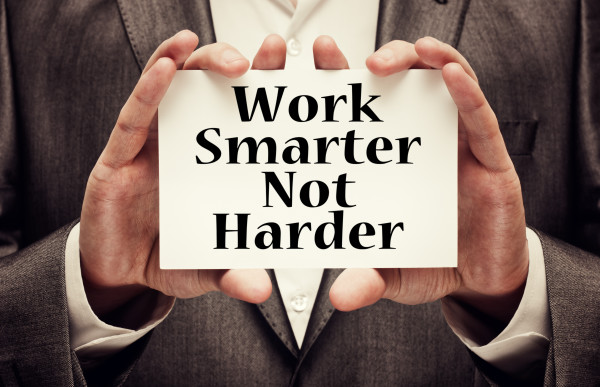 Small business owners, entrepreneurs, and even team contributors know there’s a difference between activity and productivity. However, sometimes we can confuse activity for productivity when we don’t track or have accountability around our actions or time allocations. Recently, I wrote about winning in business. Before you can win (productivity), you need to start (activity).

Why Generating a Bunch of Activity Doesn’t Always Equal Productivity.

Let’s be clear about this: Working 100 hours a week doesn’t mean your business venture will be a great success. In fact, the only thing we can promise after working consistently high amounts of hours is tiredness. Numerous studies have shown a decline in general productivity after working long days or long weeks for sustained periods of time. Another similar reference is the law of diminishing returns which says there comes a point where adding more inputs (activity) will not increase outputs (productivity).

Below, we’ve unpacked three key points regarding activity vs productivity.

You simply cannot have productivity without activity. You could always argue that one theory will work over another. There are hundreds of opinions. But by doing nothing, you suffer from paralysis by analysis. You’re over thinking it. Just get out there and try something. Mark Twain was credited with saying, “The secret of getting ahead is getting started,” and he’s right!

Key Point 2: Not all Activity is Productivity

Just because productivity is found within activity, doesn’t mean that all activity equals productivity. I once had a basketball coach who, after watching the team miss dozens of left handed layups during a practice, determined it was time for running. He said, “Start running and I’ll let you know when I get tired of watching.” Sure, running is part of basketball. But, how is running alone going to improve making layups. A few years later, a different coach would have the basketball team skip laps around the court while tossing a tennis ball in the air with one hand and dribbling with the other. This activity, he assured the team, was proved to increase hand-eye coordination.

You see, it takes the careful reflection and measurement of activity before you can realize productivity. There needs to be trends and improvements or regressions.

Without measuring what you’re doing, how will you ever know if it’s working? (Hint: Even if you’re measuring activity, you need to understand what the desired outcome is to know if the activity is working).

Maybe your measurement is new clients, proposals sent, revenue earned, realized net profit, or hours worked. Regardless of what you’re measuring, there should be an easy to track key indicator which will tell you if you’re heading in the right direction. Hopefully, you’ve identified a great leading indicator and confirmed a good lagging indicator.

Let’s review activity vs productivity. Generating massive amounts of activity alone does not create results. However, it does take an initial amount of measured activity to have data. From the data, it’s important to analyze the activity to foster more productivity.