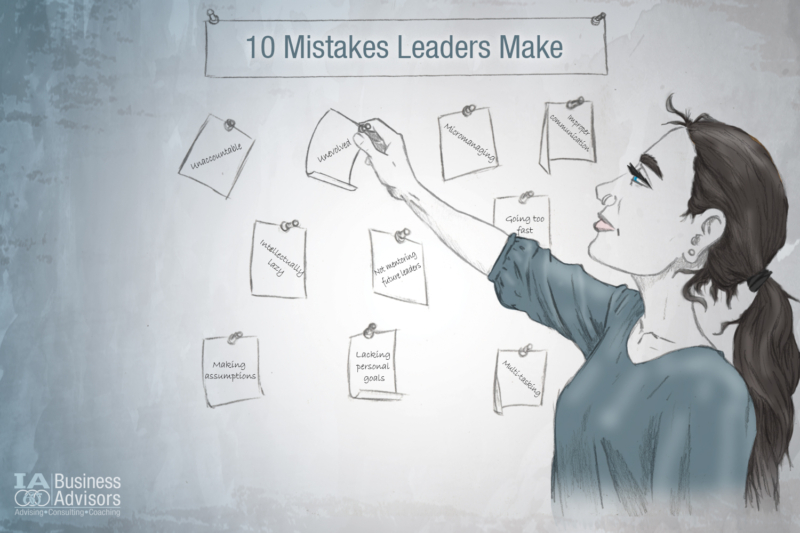 Our power of influence gives us the ability to lead. You may even be considered a leader to those who you may not know, meaning your influence impacts them. Influence can be positive or negative, depending on how you wield it. It’s important to exhibit a powerful positive influence for everyone who follows you, so that you may spread positivity. Outlined in The I in Team Series, there are some mistakes leaders can make that would exhibit a negative influence.

Not holding themselves or others accountable

Refusing to evolve and learn

If you refuse to evolve yourself to be a better you, you’re not only hurting yourself. You’re hurting your team, too. If you aren’t your best self, how can you give your best influence? You and your team deserve for all of you to do your best. If you refuse to learn more than you already know right now, you aren’t expanding yourself. You’re limiting your ability to be a better and more well-rounded person. This impacts whether or not your team can evolve and learn from you.

If you don’t have capable people on your team and that’s why you feel you need to be a micromanager, you need to work with your team to develop in them the skills they need to complete their tasks on their own. If you’re constantly micromanaging others, how are you getting your own work done in an appropriate amount a time? Micromanaging is a complete waste of resources for any company.

This goes hand-in-hand with a refusal to learn anything new, but it’s more than that. By being intellectually lazy, you are denying yourself any capacity to grow. It also means that you aren’t applying yourself in the best way possible. Meaning, that you are only giving your tasks and team a percentage of your skills. To be a good leader, you must go above and beyond for yourself and your team. If you are intellectually lazy, you have a refusal to learn as well as a refusal to apply what you already know.

Many current leaders have a stigma against mentoring future leaders. Whether that stigma stem from fear of replacement or another reason, we need to mentor our future leaders. The fact is, that we aren’t going to be here forever. We need to take our opportunities where someone wants to learn from us and utilize that to share our influence.

Making assumptions isn’t the best for anyone, especially when you are the leader. Assumptions can make you put your foot in your mouth and regret words and actions that may have been influenced by your assumptions. As a leader, don’t assume anything. Gather evidence and facts to help guide you in the right direction. Also, have an open communication policy. If you are in the position where you might make an assumption, just ask for clarification from the person or thing you are about to make the assumption about.

We are pro mono-tasking here at IA Business Advisors. If you feel the need to multi-task, it’s because you haven’t planned out your time well enough. You should only be focusing on one task at a time in order to give that task your full and utmost attention. This is important to do as a leader because your team looks up to you. They will follow what you do and it’s important that both you and your team focus on your tasks.

Being a great leader means being your best self. There are mistakes that we all make, but if you’re striving to be influential for your team, then you should avoid these ten common mistakes that leaders make. Remember to move forward past mistakes and failures; there is always room to grow and always time for new opportunities. If you’re looking to learn more about yourself and how to be an influential leader, check out our first book Individual Advantages: Find the “I” in Team.