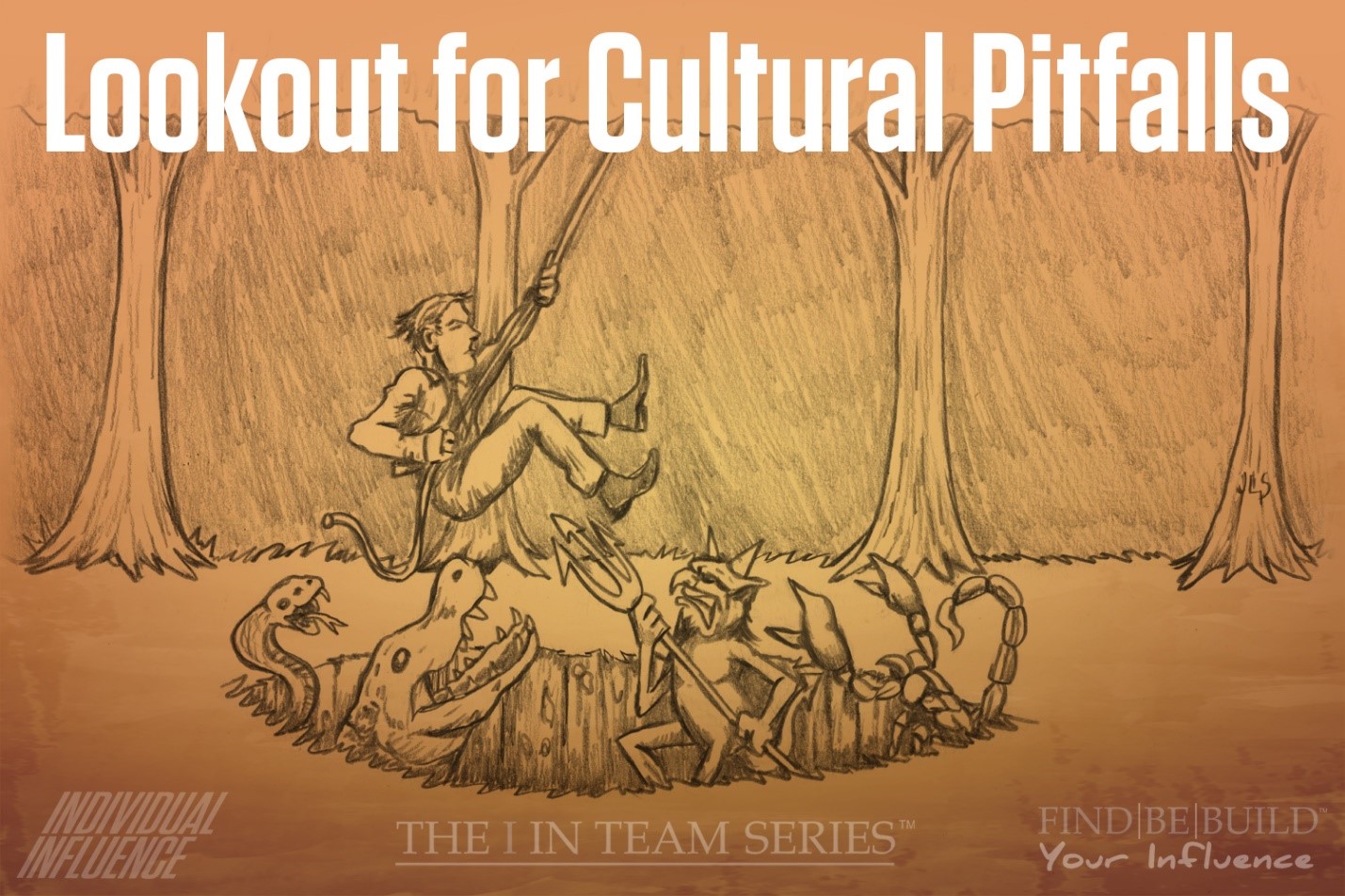 Hi, team! It’s your friend, Mary, with the I in Team series where you can find, be, and build your positive influence. When you’re working on building your organization’s culture, you will undoubtedly come across several pitfalls. When you think of pitfalls, imagine the unforeseen circumstances that have set you back in the past. These can be things like procrastination or negativity; they are challenges you must overcome. Pitfalls are natural to every situation in life, and it’s important that you work to recognize when and how they occur in order to avoid them in the future. This means that, as a leader, you must be on the lookout for cultural pitfalls.

One major pitfall on any team is placing yourself or others in a box and rejecting any information that exists outside that box. This can also look like confirmation bias, holding your beliefs so close that any information you receive that doesn’t align with those beliefs is immediately dismissed. For example, one way teams can be in the box that we see regularly is with political affiliation. When you choose to place yourself into a box, it’s hard to see the viewpoints of anything outside that box. The pitfall of labeling ourselves can make it difficult to have productive or positive conversations. What could be thoughtful conversation can quickly turn ugly and degrade team culture. As the leader, you must lookout for cultural pitfalls such as these so seeds of negativity and rejection are not sown on your team.

Don’t get me wrong, delegation can be used as a positive tool for propelling culture; however, it can also lead to taking people for granted if we don’t follow proper delegation protocols. When used properly, delegation can help your team become more responsible and thoughtful. Proper delegation is a learning experience that should help team members bond and create mutual respect. It helps everyone learn lessons, make mistakes, and grow. Delegation can teach leadership, accountability, teamwork, and so much more. When done incorrectly, it can be a cultural pitfall because it can lead to procrastination or scope creep. This means that whoever is delegating their tasks to someone else does not check to ensure the person they are delegating to fully understands their new tasks or has the tools necessary to complete them. Cultures that delegate with care and hold people accountable are cultures worth cultivating.

Be wary of overreactions taking over culture. Cultures that are run by overreactions are typically operating in an environment that is reactive rather than proactive. Reactive environments cause unnecessary stress and anxiety in culture. Reactive cultures can lead to failures in responsibility, miscommunications, issues with delegation, taking for granted, assumptions, and several other negative traits that can bring down an entire team. The more violent and consistent the overreactions, the more imbalanced the culture becomes. None of these are to say that they can’t happen every once in a while; there are always exceptions to every rule. However, consistency is what culture is built on and leaders must remain diligent and lookout for cultural pitfalls to avoid creating negative cultures.

Building positive cultures take time, effort, and thought. Cultures should never be built haphazardly. Unregulated cultures that are built without thought are typically difficult to control, which is why leaders must be on the lookout for cultural pitfalls. Keep in mind that even if you are engaged in building your cultural, you might come across these pitfalls anyways (which is natural). The best thing you can do is alter the behaviors of these pitfalls to hopefully steer the whole team towards a more positive culture with better actions taken by each team member.