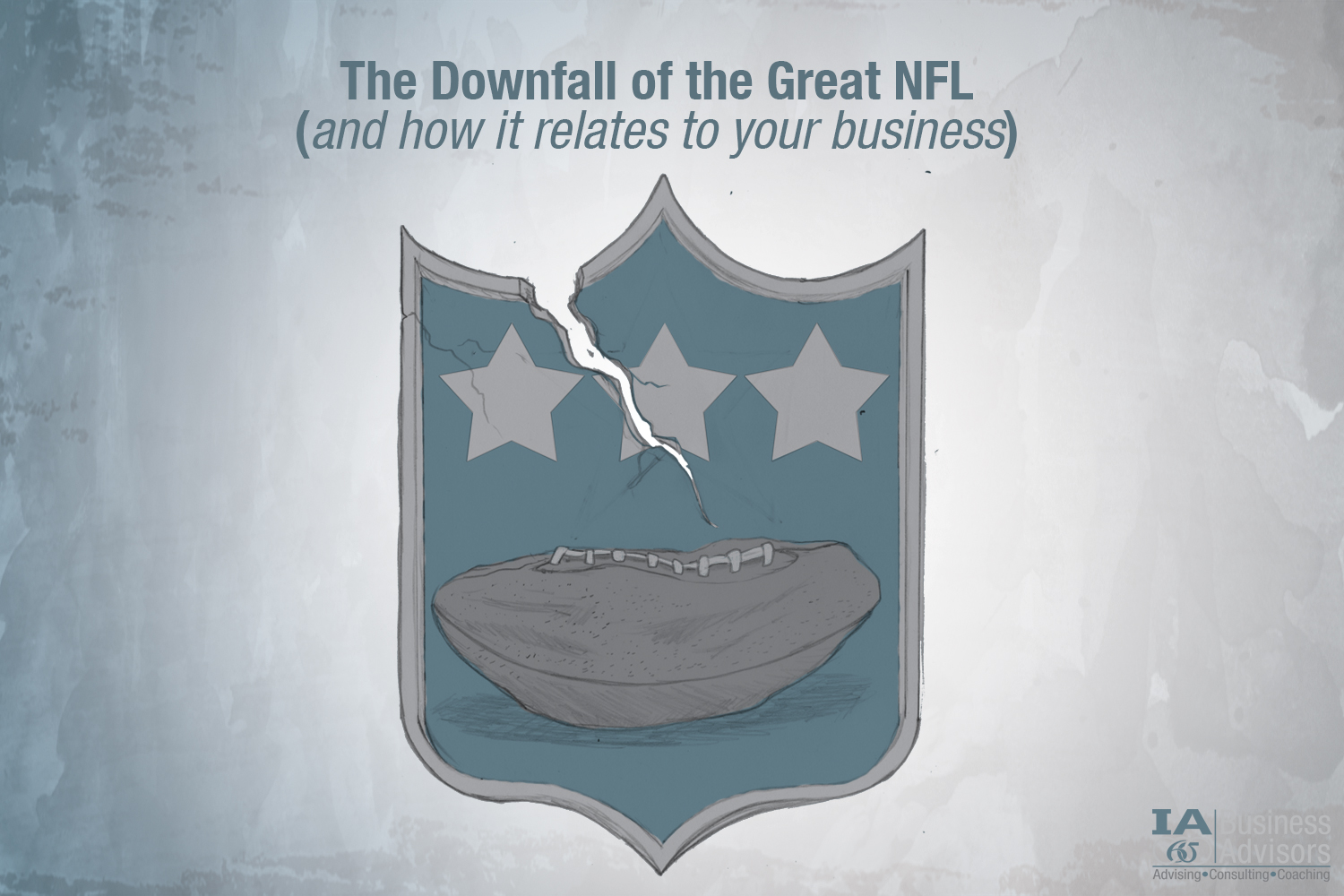 The Downfall of the Great NFL

I remember Sundays in Chicagoland when everyone needed to see the opening kickoff. It wasn’t that long ago that Devin Hester’s opening kickoff return was primetime viewing. He had a knack for electrifying plays! It was incredible; stores would be empty, highways looked deserted, and local establishments were packed with loud fans conducting pregame rituals. Sundays were about football.

Recently, NFL viewership has seen declines. According to a Forbes Article:

NFL viewership had a pretty steady climb through 2014.  But in 2015 ratings leveled.  Then in 2016 viewership fell a whopping 9%.  During the first 6 weeks of the 2016 regular season (into early October) viewership was down 11%.  Through the first 9 weeks of 2016 ratings were down 14% before things finally leveled off… There was widespread agreement that 2016 was a ratings crash for the league.

So, what happened? Why are more and more people choosing to do other things on Sundays? (And, since this is a blog on a Business Advisory Website, how does it relate to your business?)

Any regular football enthusiast could probably rattle off a dozen reasons why NFL viewership has been impacted. You can’t listen to talk radio for more than 10 minutes without some talking head pontificating their high and mighty reason for turning to other activities instead of football. Vin Scully recently weighed in with his opinion. Here are some of the reasons I think viewership has seen a decline:

Many people point to athletes taking a knee as their reason for discontinuing to participate in NFL viewing. Some say they don’t have the right to take a knee because it disgraces our country’s flag. Others say they have the right, but wish they wouldn’t. Whatever your stance is on taking a knee during the national anthem, it can certainly be thought of as a major sticking point for NFL fans who have decided the NFL has gone too far.

Reduction in Big Pops (Moving the Kickoff up 5 Yards)

Have you noticed there are fewer and fewer “big hits”? The NFLPA has tried to reduce the amount of big hits. They’ve given defensive players a very defined and small window for legal hits. They even moved the kickoff up 5 yards so returns would most likely result in a kickback.

Delays in the Game

According to an ESPN.com article, penalties have continued to increase from 2010 through 2015. More penalties slow down the game, which tends to turn off viewers. However, more penalties usually generate more scoring, which attracts more viewers.

Those of us who have played football have a good understanding of what a catch really is. However, with how fast NFL players move, how hard they get hit, and the increased clarity of slow motion, completing the catching process is more confusing than ever!

I’d be remiss if I didn’t say that NFL Players in the headlines for things like domestic violence, drug use, or firearms doesn’t impact viewership. According to a Vox.com article, many viewers have stopped watching the NFL because of high-profile players in the news for domestic violence.

Honestly, I could write another 10 reasons about why viewership of the NFL has declined. But, what does a decline in viewership have to do with business? Well, the NFL’s revenue from selling advertising and marketing. And when ratings drop, revenues drop.

How Does this Relate to Your Business?

Don’t be overconfident of past performance.

Your past performance is great. And, if you’re still in business, you can probably count on continued success. However, don’t assume that since you generated $1.5 Million in revenue last year that you will automatically generate that much this year. Now, if you have a great recurring revenue model based on contracts, you are probably better off than many small business owners who rely on new sales to generate revenue. Even so, attrition shouldn’t be forgotten. You also shouldn’t forget how hard you worked to generate last year’s revenue. What are you going to do this year to ensure you outperform last year’s numbers?

Recognize that you aren’t too big to fail.

If the NFL can see drops in their advertising revenue, you could experience unaccounted for drops in revenue, too. You aren’t too big to fail, sorry. Unless you’re Jamie Dimon, you aren’t. Sure, your customers and vendors love you, but it’s important to treat them well. Don’t forget about your employees either. If you’re fortunate enough to have a staff supporting your business, you won’t want to take them for granted! They’re likely the ones interacting with your customers, who pay the bills.

Understand why your target market wants your product or service.

Have you ever really tried to understand why people choose you over your competition? Did you run an A/B marketing campaign with different value ads to see? Did you do a customer survey? Do you ask your customers when they become a customer? These are all great ways to stay in touch with exactly why your target market chooses you. Keep your customers’ needs a top priority!

There are always alternatives, so you may need to reinvent yourself.

Some say CASH is king. I say revenue diversity is king.

Concerning the NFL, they generate so much revenue from so many different sources that a 5% drop in revenue in one particular category isn’t going to dry up their business overnight. However, in your business if one of your top clients decides to move 5% of their business to one of your competitors, that might be a massive impact to your bottom line. So, make sure you are always diversifying your revenue! Get more customers and expand their purchasing with you.

Need help with revenue diversity or client proofing your business?